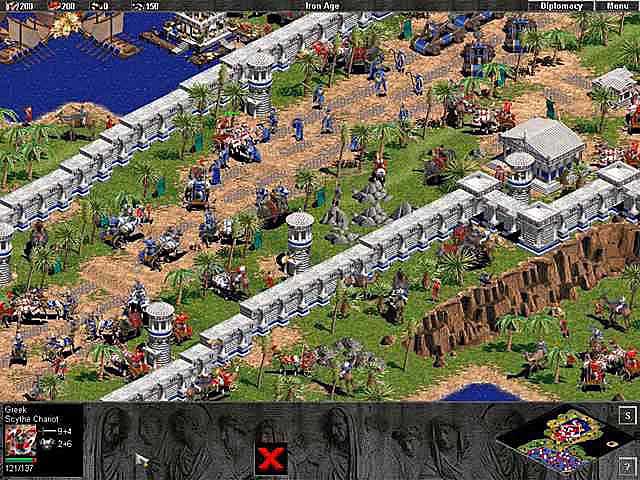 Age of Empires: The Rise of Rome When in Rome, do as the Romans.

Ensemble Studios must have been paying attention to feedback from their audience, as their Age of Empires expansion pack, The Rise of Rome, is every bit as good as the original. It offers all the basic enhancements you would expect from a solid expansion – new civilizations, units, buildings, technologies, maps, and four new campaigns. As the title suggests, the add-on centers around the Roman Empire expansion from its formative years to its role as a great empire.

The add-on does need the original game to run, and Rise of Rome updates the Age of Empires to the latest 1.0b patch. The five new units are nice – the new Scythe chariots seemed the deadliest of the lot. The new technologies include martyrdom, medicine, tower shield, and logistics. Worth noting is that logistics makes each barracks unit count as half toward your population total. Since the 1.0b patch allows multiplayer games to modify the maximum number of units per a civilization, this serves as a real boon to players frustrated with the normal 50 unit limit.

Rise of Rome also offers enhancements in both interface and general design. Buildings can now queue the production of units. A more subtle change is that the sound cues have been enhanced; for instance, you now receive a distinct sound warning when farm production has expired. Rise of Rome also allows you to cycle directly to the location of the last five sound cues (like attacks) by pressing the Home key.

The AI is also significantly improved. The tedious problem involving bottlenecks is almost completely gone, and units no longer stop and gyrate in some bizarre waltz when large numbers of them are directed through a small gateway or path. The AI for chopping wood and similar chore commands has also improved. Unlike the original, you rarely find groups of woodsmen standing idle, In fact, they will actually navigate around obstructions to continue their job. While Rise of Rome introduces four new civilizations and four new campaigns, they seem to all revolve very closely around the Roman Empire. It’s a bit disappointing to discover that three of the campaigns are played as Romans at various stages of the Empire’s growth, but only one of the campaigns allow you to try your hand with any of the three other races-Carthaginian, Macedonian, or Palmyran. The Rise of Rome is definitely a quality addition to the Age of Empire series. While nothing jumps out as an outstanding improvement over the original, the package is solid and well thought out. 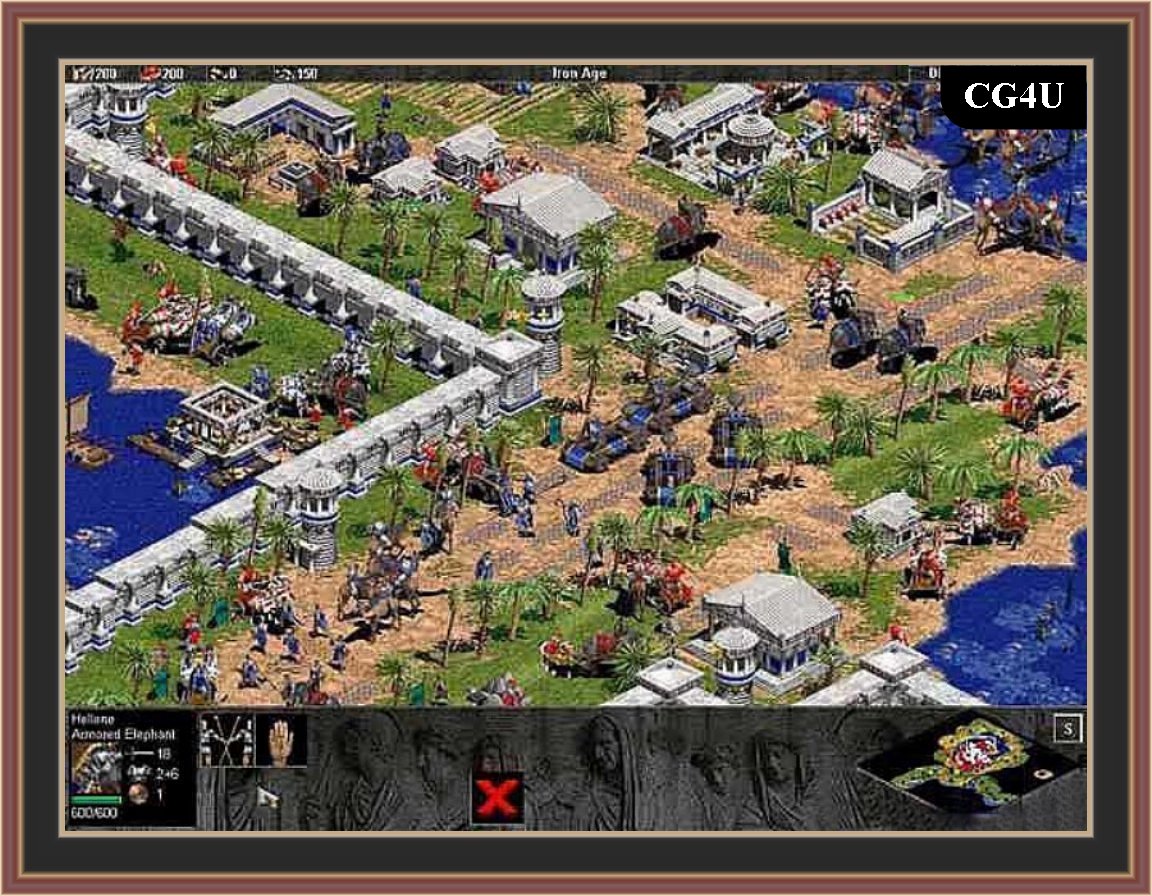